What is Koren Specific Technique (KST)?

In late 2003, as a result of research and clinical experimentation, Tedd Koren, DC, developed an improved form of chiropractic care that he now calls Koren Specific Technique (KST). Patients can be more thoroughly analyzed than ever before, with the adjustments holding better and for longer periods of time. The procedure is made up of three steps (the 3 C’s):

The first step: challenging, is part of the analysis procedure. In a relatively short period of time the entire structural system can be checked: skull, spine, discs, hips, ribs, sternum, shoulders, arms, legs, hands, feet – anything that is out of position can be analyzed.

The second step: checking, tells me if the body part is in its proper position. The base of the skull is used as a yes/no device. Thus, we have a binary or yes/no system telling us if an area needs or does not need to be corrected or adjusted. This system is akin to leg length testing (Activator Methods) wherein a leg will shorten when confronted with a negative impulse or muscle testing (Applied Kinesiology or AK) wherein a muscle will become weak when confronted with a negative impulse.

Correcting, step three. When an adjustment is needed the area is corrected using the Arthrostim™ adjusting instrument. 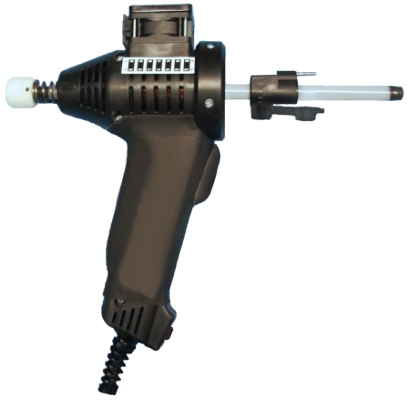 The ArthroStim™ is an FDA approved instrument developed by IMPAC technology in Salem, Oregon. It has been continuously refined and perfected since 1982. It introduces energy, force, or information to the body to realign segments and remove nerve pressure at a speed of 12 “taps” per second (12 hertz); it is a fast, accurate, low force and controlled adjustment.

The ArthroStim™ gives patients a very specific adjustment, meaning that only the segment that is out of position is adjusted; there is no twisting, turning or “cracking” of joints. This technique permits adjusting in different postures. This is very important because sometimes a problem can only be reproduced in a certain position. For example, a driver in a car accident (sitting) may not reveal their spinal damage or subluxations when standing; therefore, they must be analyzed and corrected in the seated position. This is especially noticeable with people who suffer pain, neurological problems, TMJ and other conditions.

Adjusting people in the standing position has the added benefit of working with gravity. I don’t have to say, “OK, please stand up and see how you feel” because the patient is already standing. Their body can process the adjustment or correction immediately.

How should a patient feel?

Most people report a feeling of ease, relaxation and well-being as their structural nerve stress (subluxations) releases/diminishes. Some people feel very relaxed and they should listen to their body and go home and sleep if at all possible.

The next day some people feel as if they’ve had a good workout, often in places they never knew they had. This is usually felt only after the first adjustment, is temporary and usually disappears within a short time.

People have many layers. After the correction of what the body is showing at the time, older injuries, older distortions, older subluxations and older symptoms (both physical and emotional) may surface to release. The release and healing of old injuries is known as “retracing” and is usually part of the healing process.

On occasion patients have reported “cleansing” symptoms such as diarrhea, pus, mucus, headache, fever, etc. as toxins leave the body. These symptoms are usually temporary. It is helpful to tell Dr. Langel if any unusual symptoms arise. These symptoms may take the form of emotional releases: old memories coming up or unusual dreams.

Sometimes an area is so weak and the distortion so extensive that a segment put in place may not stay in position and may need correcting again.